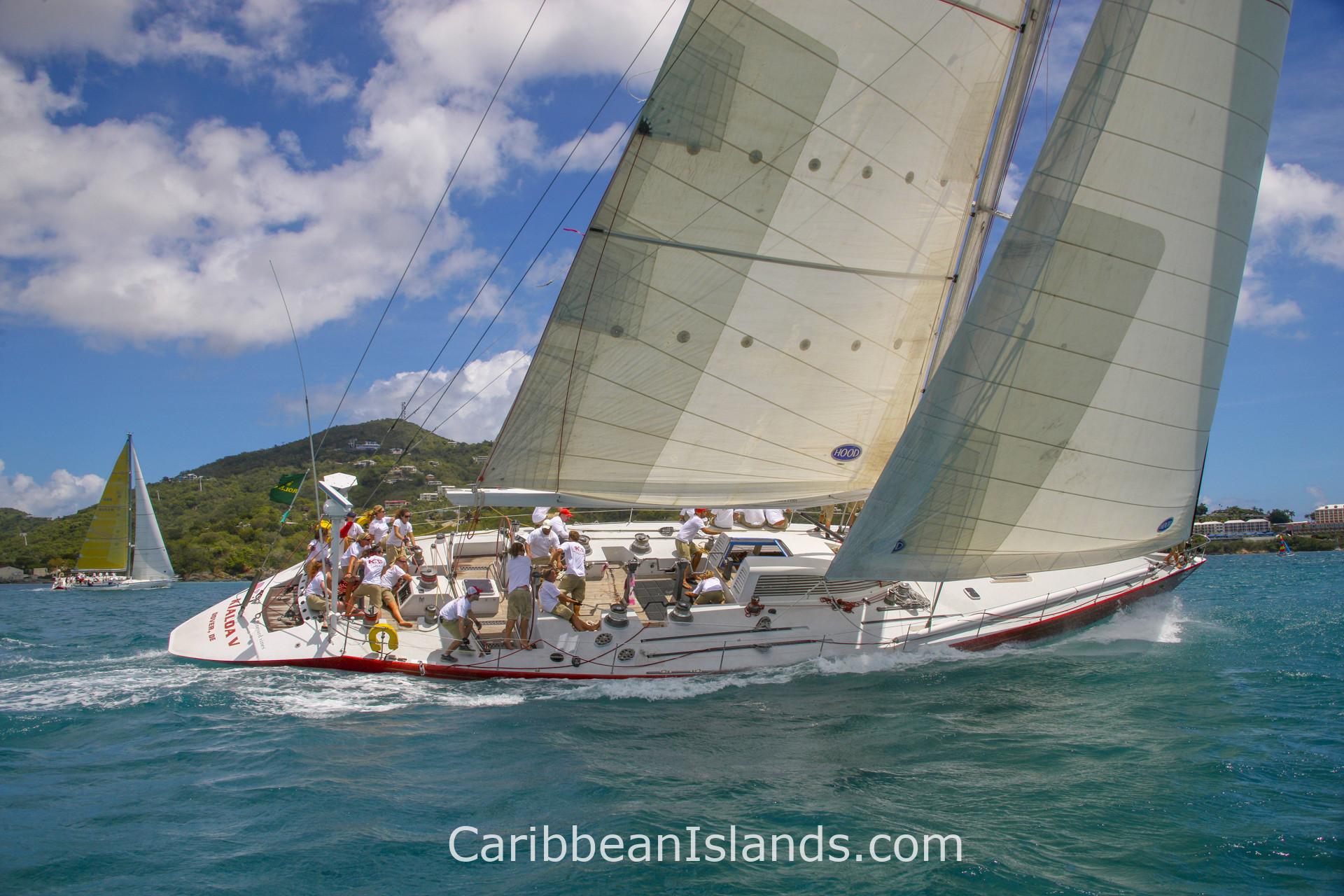 This charming string of islands is situated between the North Atlantic and the Caribbean, and it’s to the east of Puerto Rico. Its capital city, Charlotte Amalie, is brimming with unique and interesting historical and cultural attractions. The official currency is the U.S. dollar, which is a nice perk for American travelers. English is also the official language. Its terrain alternates between hilly, rugged and downright mountainous landscapes, and stunning white-sand beaches abound. St. Croix, the largest island, tends to be the most popular with visitors. If you visit in April – and you should because that’s when the weather is at its very best – be sure to check out the St. Croix Food and Wine Experience.

Nearly two million cruise ship passengers disembark on Charlotte Amalie. The capital of St. Thomas, one of the United States’ Virgin Islands, gives a great first impression. Red roofs blossom like flowers over the verdant hills, jungly cliffs reach toward the blue skies and the turquoise sea is dotted with yachts year-round. It looks serene, but Charlotte Amalie is anything but that. The actual city is a mob-fest of tourists and cheap souvenir shops, but the entire island is only 30 square miles. That makes Charlotte Amalie a perfect jumping-off point for exploring all the natural wonders of St. Thomas.

The island’s most famous feature is Magen’s Bay, directly across from the northern side of the capital. The crescent-shaped bay is lined with small stores, several bars and a mile of glorious white sand. On the way, you will pass Mountain Top, a nice and quick side-trip with a mass of souvenir offerings. Banana daiquiris were invented there, and enjoying one while looking out over the bay is one of the most relaxing experiences you can have in St. Thomas.

Paradise Point also offers excellent views of the capital and the harbor. Take the Skyride to the top, then walk around the short trails to experience many local birds and flowers.

To the west of Magen’s Bay is Hull Bay. The waters of the Atlantic are perfect for surfing there but only in the winter. If you want to rent a board, call the shops ahead of time because the owners are often out in typical island style.

Snorkeling is one of the top activities in St. Thomas, and there is no better place to explore the underwater universe than at Coki Beach. On any given day, the visibility is an astounding 100 feet, and the waters are calm. Buy a handful of dog kibble from the locals to feed to the fish. Schools of exotic sea life will swarm you for the treats in only three or four feet of water.

To get up close and personal with St. Thomas’ sea life in a more controlled environment, visit the nearby Coral World Ocean Park. The stunning setting highlights the beauty and magic of the local marine life, and visitors can get a peek at coral reef life from the Underwater Observatory, hand-feed rainbow lorikeets, pass treats to stingrays and pet sharks.

Secret Harbor is, appropriately, one of the island’s best kept secrets. There are usually more iguanas on the property than tourists, making it a quiet respite from the cruise-ship masses that take over other beaches. Beginner snorkelers will find much to explore right off the coast and may even spot pairs of small squid swimming through the warm waters.

Across the bay from the capital is Water Island, a small island crisscrossed with hiking trails that lead to an old abandoned sugar mill. Once a week, the locals hang a large sheet on the beach to project movies. It is a real treat to watch the films under the blanket of stars above with a cool coconut drink in hand.

Charlotte Amalie is the largest city of the US Virgin Islands and is located on the southern edge of the island St Thomas.

The population of Charlotte Amalie is approximately 19,000.

English is the official language of the US Virgin Islands but it is a Creole dialect. Spanish and French are also quite common.

Christianity is the predominant religion in the US Virgin Islands although there is a significant Rastafari presence.

The official currency of the United States Virgin Islands is the US Dollar.

The weather in Charlotte Amalie is consistently hot throughout the year with the wettest months being September, October, and November.

Other Attractions in Charlotte Amalie